Security has been enhanced for Mega gateway software versions 1.9.5 and above.  Refused connection issues have been observed with older SSH clients - especially PuTTY.  The solution is to update the SSH client to the latest available version.

The equation reduces to the following at extreme values:

#3 How can I know the signal strength for the cell modem?

If you are using either Tektelic Network Server of OAM server , we recommend you to use the “Wireless Modem” tab in the Gateway on NS to know the signal strength for the cell modem.

Procedure to go through( on both Tektelic NS and OAM Server) is as below.

As a reference, Below is the screenshot  of the "Wireless Modem" tab on Tektelic NS to give an idea. 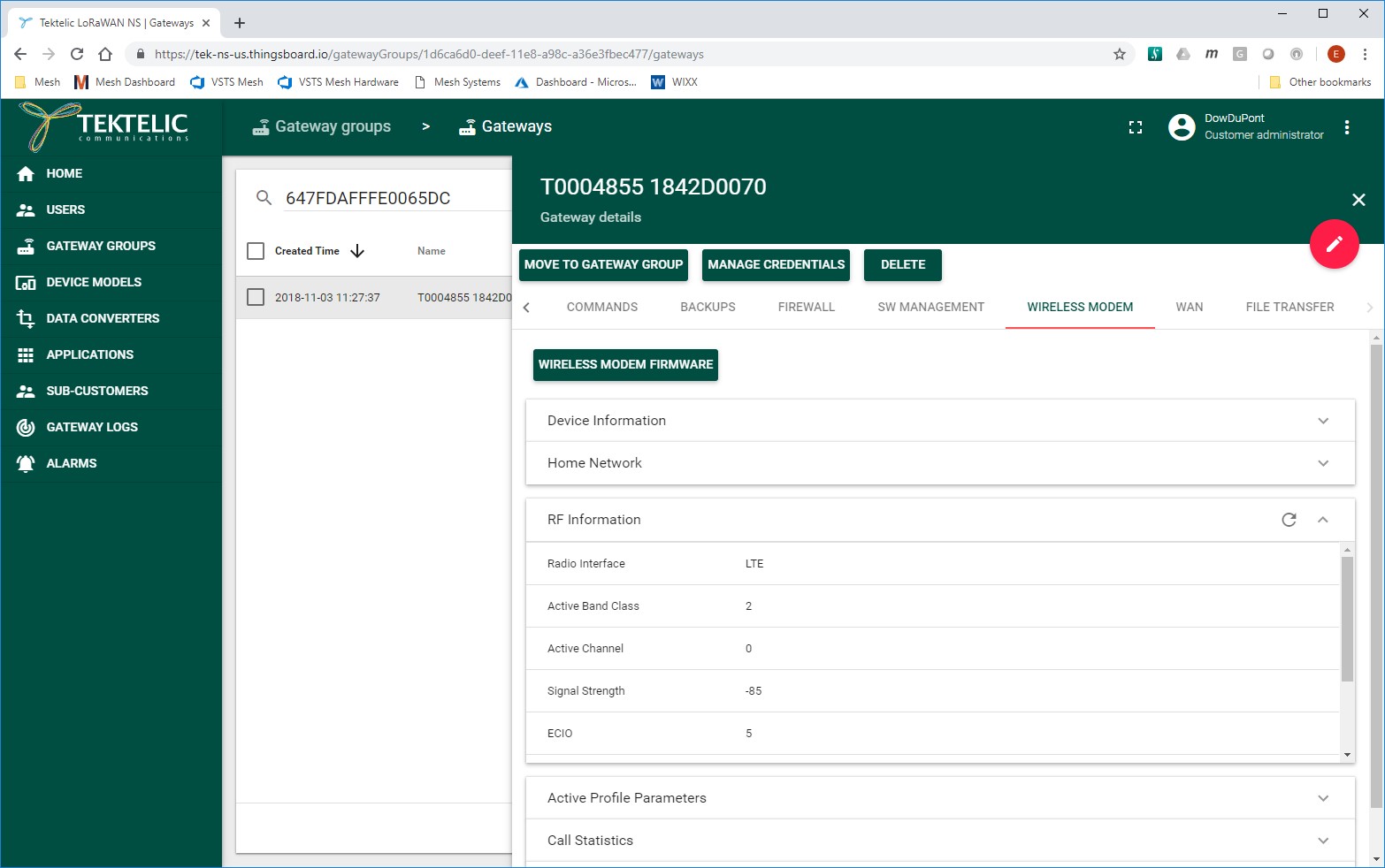 Figure 1: Signal Strength  of cell modem on Tektelic NS
As a reference, Below is the screenshot  of the "Wireless Modem" tab on OAM Server to give an idea. 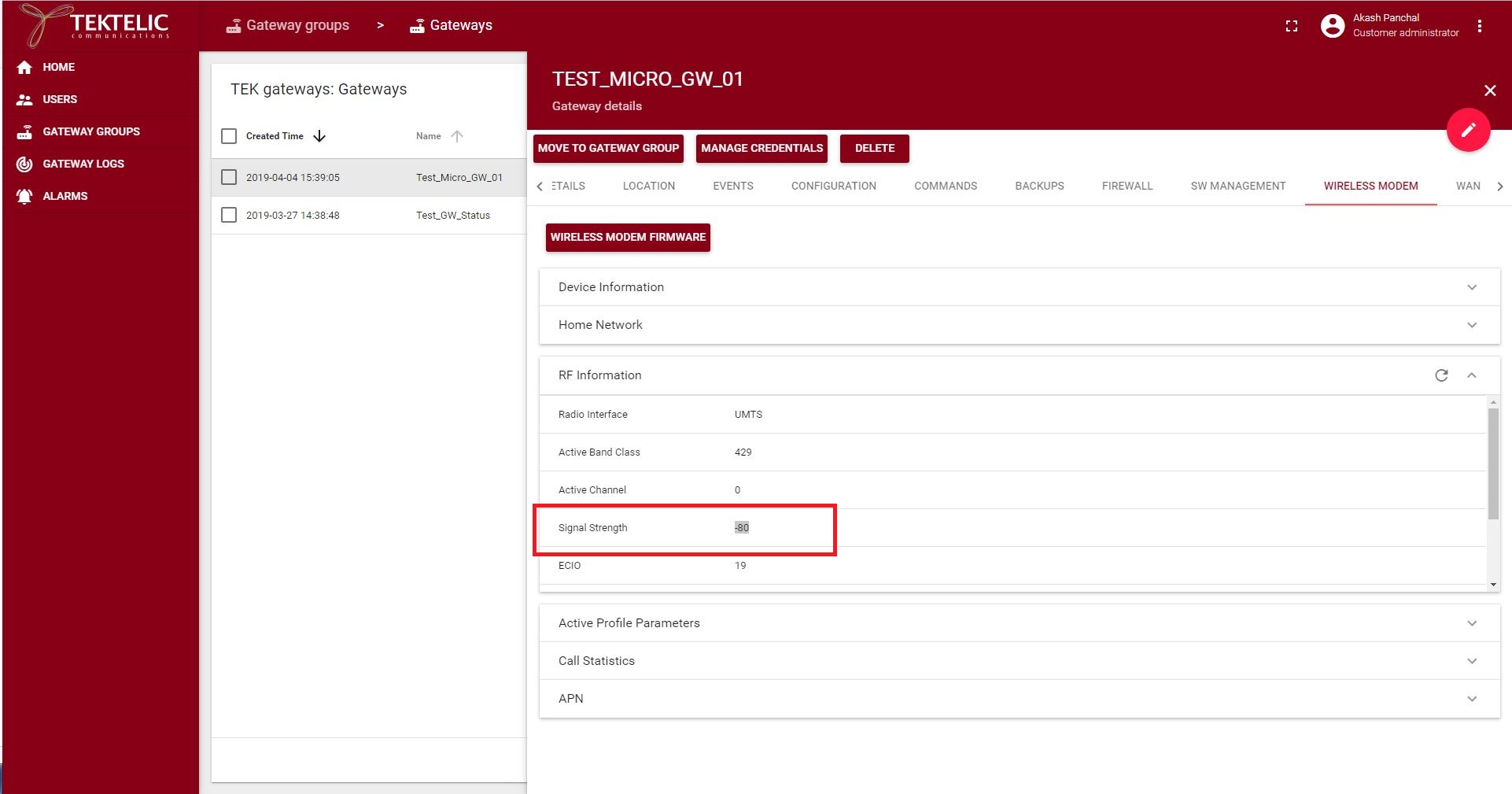 #4  How can I install and run Loriot PF  on my Kona Mega GW?

it is possible to install and run Loriot or any other Packet forwarder on Kona Mega GW.

On successful change in the type of the packet forwarder, You can see Loriot running as Current Pkt Fwd in the Packet Forwarder Application.

#6  How does the preferred and failover WAN settings and the failover mechanism work in Kona Mega GW?

#8  What is the difference between "tmms" and "tmst" timestamps in the Rx packet?

#9 How can I configure Kona Mega gateway to forward and receive packets from other network server?

2) Click on Refresh files and it will bring config.json file.

4) In server_address field, enter network server web address of your choice as shown below. 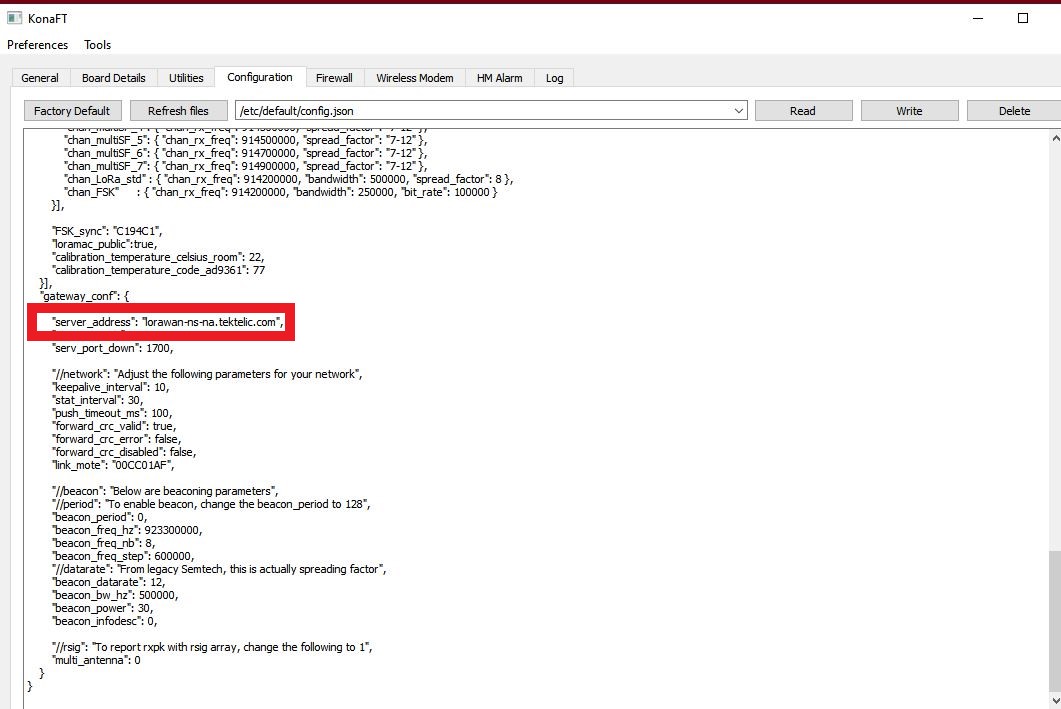 #10 What are the typical Rx sensitivity and SNR values as a function of LoRaWAN data-rate for Kona Mega gateway supporting US915 and EU868 ISM bands?

b. If Public APN is set for Verizon SIM: (i.e. VZWINTERNET)

#12 Is it possible to restore or roll-back the previous BSP version on Kona Mega Gateway?

#13 Which ports will be required to open for Kona Mega gateway on any network protected by firewalls?

#14 What is the advantage of using two antennas as opposed to one?

#15 My gateway status reports Offline despite I powered it up and commissioned with correct information on Tektelic NS. How can I resolve this issue?

Username: TEK00XXYY (Where XXYY represents the last 4 digit of the MAC address)